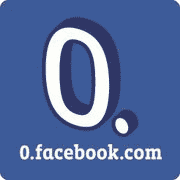 In 2010, Zuckerberg launched the “Facebook Zero” initiative to provide Facebook access to consumers in countries with low internet penetration. As part of this initiative, Facebook paid mobile carriers in countries such as Nigeria and Indonesia to offer free Facebook access (“zero” rate access) outside of traditional data plans. This isn’t the full featured Facebook app as most Western consumers know it, but a simplified lower bandwidth version. Earlier this year, Quartz published an article Millions of Facebook users have no idea they’re using the internet describing an interesting phenomena in countries where Facebook Zero is offered. The Quartz article describes that researchers were conducting a focus group in Indonesia and asking questions about Facebook and internet usage – Indonesians surveyed by Galpaya told her that they didn’t use the internet. But in focus groups, they would talk enthusiastically about how much time they spent on Facebook. Quartz later commissioned a poll where roughly 10% of participants said they used Facebook but not the internet (the Quartz poll was only limited to two countries but it gives you a sense of how widespread this belief is).

This misconception is notable in light of all the discussions surrounding net neutrality. The Facebook Zero initiative would technically run afoul of strict net neutrality – Chile in fact banned it for this reason. But Facebook is providing some sort of online communication and internet to consumers who otherwise would not have it, and having some access could be a stepping stone to having more. Yet, likely as a side effect of Facebook Zero, some consumers don’t realize that accessing Facebook uses the internet. It will be interesting to see where this goes in the next few years.